"I was born in the countryside in Pernambuco, on December 20, 1935. My father was a farmer and I helped him farm the land from the age of eight. It was not until the age of twelve that I attended school for the first time, but for just ten months when the only teacher moved away. The day I could write my name and read was a big event. My teacher was surprised by how fast I was learning. Since then, reading whatever I saw was my favorite way to spend my time. But in those days, there were no newspapers, magazines or radio where we lived. All we had for distraction were <i>cordel</i> leaflets. They took their name from the cords from which they hung at newsstands. They were inexpensive and often illustrated with a woodcut print on the cover. My father read these stories to his children. <br><br> "In 1952, due to a drought, my family moved to a city. I was then seventeen and have worked as a carpenter, peddler, wall painter, potter, and more. In 1956, I bought a lot of cordel leaflets and began to sell them at popular fairs. <br><br> "In 1964, I wrote my first cordel leaflet, ?The Encounter of Two Cowboys in the Petrolina Hinterland,' and got it illustrated by an artist named Dila. In two months, I sold five thousand copies. For my second leaflet, I couldn't afford a cover illustration and decided to do it myself. It was my first woodcut and depicted the facade of a church. <br><br> "Looking back at those years, I feel very grateful for what life has given me. For a very simple man with only ten months of schooling, being recognized and honored in Brazil and elsewhere was incredible. But my great joy and luck was meeting Ariano Suassuna, a great writer who made me known all over Brazil and abroad. Another person I enjoyed meeting and working with was the Uruguayan writer Eduardo Galeano for whom I made 185 engravings that illustrate his book <i>Walking Words</i> <br><br> "Even so, I don't take advantage of that fame to charge high prices for my work. I want it in the homes of mason, carpenters, farmers, and not only in the homes of the rich. <br><br> "With my woodcuts and cordels, I was able to raise my eighteen children. I like what I do and have taught my technique to my sons and apprentices. It is a way to perpetuate my art. I want to work for as long as I am healthy, and to enjoy life." <br><br>J. Borges' woodcuts have been exhibited in a number of countries in Europe and Latin America, as well as in the United States, in museums, galleries and cultural events. <br><br> He was awarded the Order of Merit by Brazilian President Fernando Henrique Cardoso. In 2002, he received the UNESCO award in the Educational / Cultural Action category and was chosen to illustrate the United Nations annual calendar, where his woodcut "Life in the Forest" opens the year. <br><br> In 2006, he was featured in the <i>The New York Times.</i> The writer Ariano Suassuna considered him the best popular xylographer in the Northeast. J. Borges was declared a Living Heritage by the State of Pernambuco. <br><br> In addition to Eduardo Galeano's <i>Walking Words, </i> the artist also illustrated Nobel Prize-winning author Jose de Sousa Saramago's book <i>The Lizard.</i>

Full collection by this artist available on our partner site NOVICA

Handmade by and for the people

The Smithsonian Folklife Festival Marketplace, in collaboration with Novica, extends the reach of the Folklife Festival. It honors the creativity, cultural heritage, and masterful skills of global artisans while contributing to the Smithsonian mission of sustaining and developing traditional crafts worldwide. 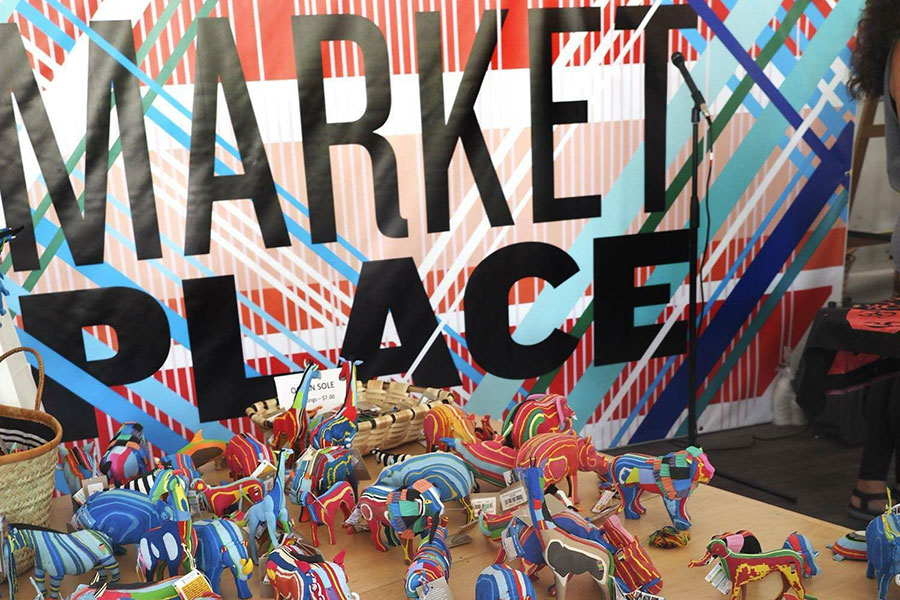